How a Groupon Merchant Made $3,313 More Profit on Facebook 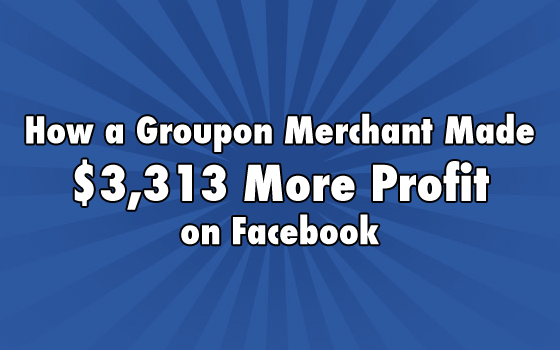 How a Groupon Merchant Made $3,313 More Profit on Facebook…and You Can Too!

Most small business owners don’t like taking risks with their marketing.

And who can blame them?

It’s no secret you gotta spend money to make money.

However, for the busy business owner, investing time and money into marketing is barely a consideration unless there’s a high chance of success.

Time and money are spent keeping things afloat, so allocating resources to services that could potentially lead to a loss simply might not seem worth it.

If it ain’t broke, don’t fix it, as the saying goes.

The daily deal boom made popular by Groupon, LivingSocial, and sites like them led to thousands of businesses jumping on board to get their deal and business in front of the eyes of local consumers.

What many discovered was that it came at a cost they weren’t expecting.

Deals and sales are an attractive way to introduce your business to potential customers, which led to local business owners like Brian Monnier who runs San Fransisco-based California Yoga Company in search of a Groupon alternative.

Which led him to Vionic’s Deal Maker – a deals and promotions builder for Facebook.

Brian took it upon himself to run 3 similar marketing campaigns using Groupon, LivingSocial, and Vionic.

He offered 60 days of unlimited yoga classes for $59 with a small advertising budget spent amongst all three platforms.

What he discovered changed the way offered deals for new business.

One of the biggest issues small business owners have with daily deal sites like Groupon and LivingSocial is that a majority of buyers are much more interested in getting a good deal.paying for a valuable product or service.

Spending time and money for a valuable product or service isn’t a part of their agenda when they’re sole expectation is to get a deep discount.

Naturally, it’s hard for any shopper to pass up a sale, but a successful marketing campaign will attract quality customers who are more likely to return.

Because Facebook allows a Page to show ads to their fans, their fan’s friends or lookalike audiences from their existing email list, local businesses have a higher chance of converting local prospects into local customers.

By targeting his deal to people more likely to take a greater interest in taking up yoga classes, Brian saw a much higher customer retention.

The proof is in the numbers:

Brian was surprised to discover a small business Groupon alternative that outperformed in sales with hard data to back it up.

How was it that Brian managed to keep such as higher profit from his Facebook deals?

Vionic only charges a flat 9.9% transaction rate across all deals sold. Vionic doesn’t force deep discounts and then take half of the pie – we just take small slice.

Groupon merchants get paid the total amount of their earnings at the end of 60 days.

Depending on the type of offer your business runs, LivingSocial has varying payout parameters. They begin 2 weeks after your deal is active, with the remaining amount delivered after the deal has expired.

Vionic uses the power of PayPal to make purchases a simple process. Local businesses receive funds immediately after a customer makes a purchase…You know, like a regular shopping experience.

4. The Additional Benefits of Using Vionic

The power to create your own deal.

By using Vionic’s Deal Maker platform, Brian was able to create his deal with a simple click-and-edit process.

After selecting a template, you can change the look & feel with your own photos or videos, and set the available time-frame and enter your own descriptions and terms – it’s all up to you and is much easier to manage!

You can also build a deal from scratch if you’re feeling extra creative.

And he was able to keep tabs on his deal’s performance no matter where he was using Vionic’s mobile app.

Because Brian’s deal was published right on his business’s Facebook Page, customers can post comments or questions directly to Brian’s business without going through a middleman.

He’s able to respond directly and he’s able to showcase excellent customer service for visitors to his Facebook Page.

Sharing content to friends on Facebook is done at the click of a button, so enabling customer referrals is simple and measurable with Deal Maker’s analytic reports.

If you’re a Groupon merchant or daily deal site use looking for a Groupon alternative, visit Vionic.com for a free 30-day trial. 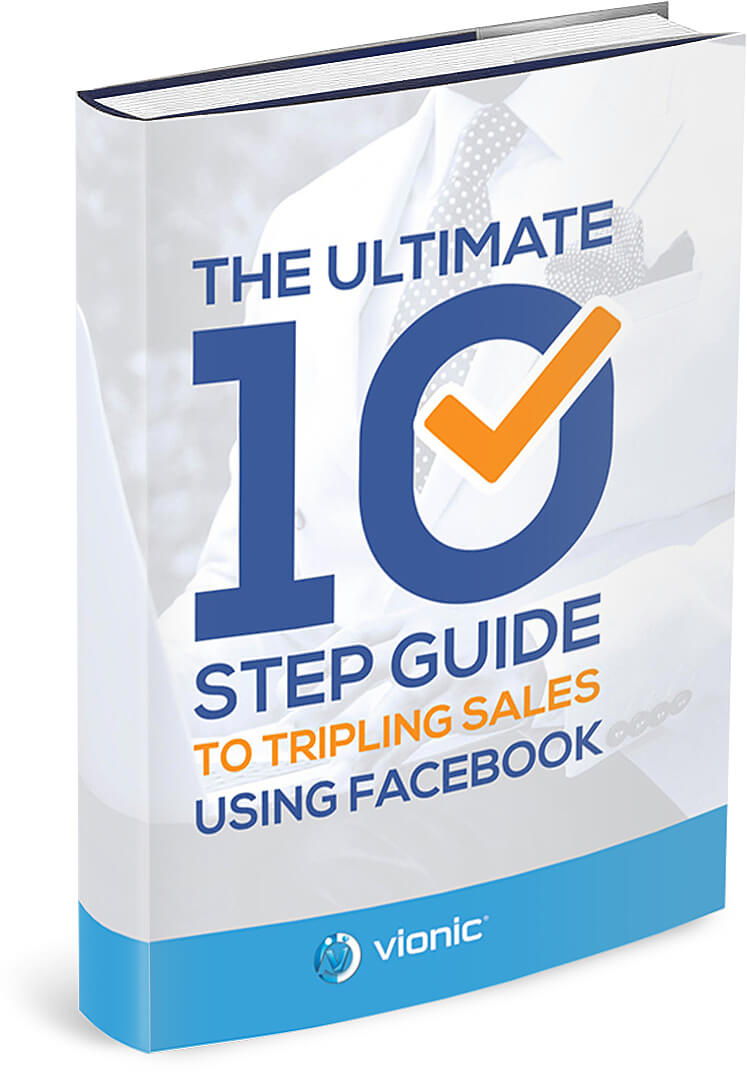