Benjamin Gonzalez, started his career as economist in the Bank of Mexico.

He was also the Secretary for Education in the Ministry of Education from April 1994 to November 2000.

Since December 2000 through March 2006, Gonzalez served as Director General of the Institute of Security and Social Services for the Workers of the State (ISSSTE).

He also served as General Manager of the National Lottery for Public Assistance, June 2009 to January 2013.

Gonzalez has continuously participated in social causes for Mexico where he excelled as a member of the National Commission on Social Participation in Education. In 2004, he was Director of the Institute for the Promotion of Educational Research and Evaluation (IFIEE) and since 2003, as Counselor for UNAM Foundation Civil Association. He served as an Academic Counselor for the University of Mexico Valley (UVM) and was a member of the Governing Board of the National Institute of Public Administration (INAP). In 2012 he was appointed President of the Mexican Academy of Education Civil Assoc.

Among his publications and most recognized journalistic contributions, include "Educational Reflections: an experience in the City", "Social Security in the World", "Economic, Social and Cultural Human Rights: Towards a Culture of Wellness", "Blazes, a vision of the greatness of Mexico" and "Proposals for the country we need". He also made several editorial collaborations in the newspaper El Financiero and is currently an editorial writer in The Sun of Mexico journal.

He has also served on various councils and governing boards of various agencies and entities of the Mexican State, such as the College of Bachelors, the system for Integral Family Development (DIF), the National Health Council, Sports Forecast, the Mexican Social Security Institute (IMSS), among others.

Among other distinctions Mr. González Roaro received the National Prize of Economics in 1980, the "Benito Juarez award by the Mexican Society of Geography and Statistics" in 2003, the National Academy imposed him "The Great Reform Order 2010" and in 2012 was incorporated into the "Legion of Honor from Mexico". 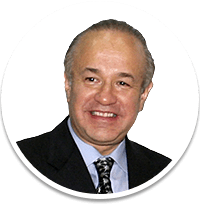