Mr. Donahue also was CFO of Castify Networks S.A. in Sophia Antipolis, France, a content net-working and delivery software company funded by Swiss, Italian and UK venture capital firms acquired by Omneon. Prior to Castify, he was co-founder and Senior Vice President – Finance of AduroNet Ltd. in London, a pan-European IP-VPN company funded by US and European venture capital firms and institutional investors.

Mr. Donahue also was Vice President – Corporate Development for Global TeleSystems Group in London (pre- and post-IPO), and CFO of the Russian Telecommunications Development Corpor-ation in Moscow. Prior to entering the technology and telecommunications sector, Dr. Donahue spent 3 years with W.R. Grace & Co. in Florida and Hong Kong and 14 years with Union Carbide Corporation in various overseas locations, New York and Connecticut.

Mr. Donahue holds Ph.D. and M.Sc. degrees in Economics from Florida State University and a B.A. in business from the University of South Florida. He also attended the Executive Program (SEP) at Stanford University's Graduate School of Business. He is a member of the International Advisory Board of the School of International Relations and Pacific Studies (IR/PS) at the University of California, San Diego. He and his wife, Gail, are founding members of the IR/PS 21st Century China Program, a leading research and educational center dedicated to the study of contemporary China and emphasizing interactive as well as scholarly engagement with China. 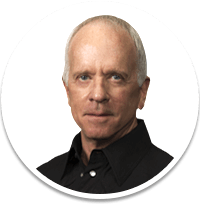