Terry has held many executive positions throughout his professional career, from Executive Vice President of Sales in his early 20s to President of a nutraceutical Company in his late 20s.

In his early thirties, Terry became CEO of a publically traded direct selling company. Under his leadership over a five-year period, the company grew exponentially, operating in over 30 countries with more than 900,000 distributors and over $200 million in annual sales. The company's stock price, which traded over the counter on the NASDAQ market for a penny in 2001, climbed above $25 by May of 2005. This was no small feat for an entrepreneur who had yet to reach the age of 32, and Terry was a runner up for Ernest & Young's Entrepreneur of the Year award in 2004.

With cumulative sales approaching $1 billion, Terry decided to retire. However, he became restless during his short retirement, and he decided to fulfill a vision of creating another legacy company in the direct sales industry. Thus, bHIP Global was born. In just a few short years, bHIP Global went from just a vision to $74M in annual sales, operating in more than 30 countries with hundreds of thousands of distributors worldwide.

Recently, Terry launched a mobile app company that is "set to make waves around the world." Although a fairly new app, it has generated over 1.1 million followers in less than 45 days.

Today, Terry is one of the best-known entrepreneurs in the direct sales industry, leading evolution and innovation across the industry. He is admired around the world for his enthusiasm, integrity and ambition as he forges ahead into the next era within the direct selling industry. 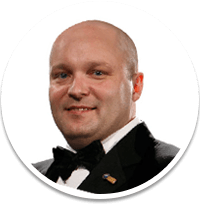